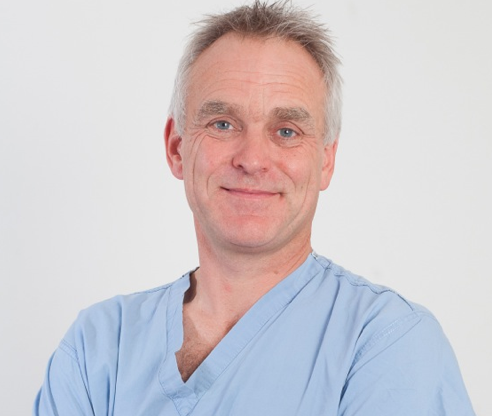 This Wednesday morning, our own Adrian Richards appeared on BBC Three Counties Radio to discuss a sticky subject.

In a week in which fashion designer Vivienne Westwood announced she rarely showers (in her own inimitable words, “I just wash my bits and rush out”), he was invited on to the Jonathan Vernon-Smith show to talk about sweat – and whether people need to wash every day.

It turned out to be quite an enlightening interview. You can read the transcript below…

Jonathan Vernon-Smith (JVS): Adrian Richards is a Cosmetic Surgeon from Aurora in Buckinghamshire. Hello to you Adrian.

JVS: Hi. So is it a necessity for the human body to wash every single day?

AR: It’s not a necessity, but I think it’s quite important to differentiate there’s different types of people and different types of sweat. So there are essentially two types of sweat. There’s eccrine sweat and apocrine sweat. Eccrine’s the watery one that you know, when you’re hot or exercising it comes out. That’s for heat regulation and that doesn’t smell. The apocrine sweat is one that teenagers have a lot of, which is the smelly one which is more oily.

JVS: Oh it’s disgusting isn’t it that smell? You can smell it a mile off. And it soaks into your clothes.

JVS: And somebody who smells of that kind of sweat, it’ll get all into their clothes and unless they wash their clothes really really in hot water you can always smell it on them.

AR: Yes. So it’s quite interesting. Some people smell but don’t have the watery sweat, and as we get older, like Vivienne Westwood is slightly older, she would have less of the apocrine sweating.

JVS: YES. My grandmother is nearly 100 and she hardly ever bathes, because to try and get her in a bath she goes mad! So she has a flannel.

AR: Does she smell?

AR: So she, so the apocrine sweating is a mating thing, it’s sort of like a pheromone, so it’s highest at the time when we’re most sexually active. Which is, you know, the younger age groups.

JVS: What, so is it supposed to be attractive?!

AR: Well, there’s all these sort of pheromones. We don’t realise that we are, you know, smelling people, and that is part of attractiveness but it’s subconscious.

JVB: Eeurgh, no, I don’t think there’s anything attractive about the smell of a sweaty person.

JVB: Listen, thank you very much for giving us the medical perspective on that. That’s Adrian Richards, who’s a Cosmetic Surgeon from Aurora in Buckinghamshire.