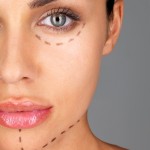 A 60-year-old grandmother of four has revealed her dedication to Plastic Surgery, all in the pursuit of bagging a younger man.

Youthful-looking and attractive Patricia Moss owes some of her looks to the surgeon’s knife as she has undertaken several procedures including a boob job, liposuction, cheek implants, Botox and a tummy tuck.

Having already amassed a £20,000 bill, she plans to continue with more surgery as and when she can afford it.

Speaking to the Mirror.co.uk, Patricia explains that her passion for younger men began following her marriage breakdown and moving abroad. At the age of 30 she split with her then husband, who was 8 years older, and moved to the Algarve in Portugal where she started to attract the attention of younger men: 

“Tony was only 21 and I’d been eyeing him up all night…so I was thrilled when he started chatting to me.”

Waiter Tony was the first of her toyboys, who she now secures dates with through online dating sites. Not revealing her age in her profile many of the men she dates assume she is in her 40s, a fact she attributes to the work and money she has invested in her appearance.

Preferring to date men who are in their 30s and 40s only Patricia complains that men her own age are boring and that they fail to look after their appearance. She said: 

“I can’t imagine going out with a man my own age or, even worse, one who’s older. Younger men are so much more exciting. They have better conversation and take much more pride in their appearance. I just don’t feel attracted to men (in their 60s) with beer bellies who’ve let themselves go in the looks department.”

Her commitment to plastic surgery started not long after 40. Although she was confident in her ability to attract men, she was aware that she was surrounded by younger girls in their 20s on the beach.

Her body worries included her 34B breasts which she said had changed after breastfeeding her children. Starting with breast implants other surgeries soon followed.

Though Patricia hasn’t found the one yet, she is happy with dating for now. Though she’s certain that the man she settles down with will be younger than she is.

On future plastic surgery plans she told the tabloid: 

“Getting rid of the loose skin around my chin and neck would be top of my list. If I could save up enough, I’d do it in a second.”