Are Breast Implants safe after having breast cancer? 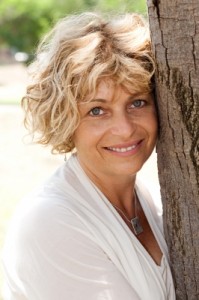 Guest Blog by By Lisa Moore of Plastic Surgery Guide

Are Breast Implants Safe for Patients who have had Breast Cancer?

Before opting for such a procedure, however, most patients are curious about the risks that are involved.

A recent report by the FDA states that there is no association between such implants and breast cancer, connective tissue disease or reproductive problems. However, there appears to be a small increased risk of a specific type of lymphoma.

Women who are concerned about implants may opt for lipofilling, a procedure in which fat cells from other parts of the body are injected into the breasts. Studies have shown that lipofilling does not increase the recurrence rate of cancer.

A considerable percentage of patients opt for reconstructive surgery following mastectomies; estimates range from 30 percent to 90 percent. Certain factors increase the odds that a patient will opt for this type of surgery.

According to recent reports, white women are the most likely to have reconstructive surgery. Women who are under the age of 40 are also more likely to do so. Finally, patients who have private insurance coverage are more likely to opt for things like breast implants.

In general, however, it seems that most patients are not overly concerned about the possible risks of these types of procedures. It is important to note that fears about breast implant recovery may make some women more reluctant to consider such procedures.

Women get implants following cancer treatments for many reasons. The most notable one is to counteract the psychological effects of mastectomies and double mastectomies. Following such procedures, women often despair over the appearances of their bodies.

Negative feelings can make it a lot more difficult for women to move on following cancer treatments. Implants help to improve a woman’s body image.

In turn, her overall self-esteem will improve. Clothes fit better and a woman feels less self-conscious as well. For many women, it is worth it to go through breast implant recovery in order to enjoy such benefits.

There are complications involved in breast implant procedures, and it is important for patients to be aware of them. For one thing, such implants are not designed to last throughout a woman’s life. As the FDA recently reported, implants have limited lifespan.

The longer they are used, the more likely they are to be removed. It is important for women to be aware of this fact in order to avoid unpleasant surprises at later dates.

Although they were removed from the market for a long time, silicone implants are available again. Concerns about leakages and ruptures have been addressed, but there are still risks involved.

After weighing the benefits and risks of breast implants, it appears that the majority of cancer patients opt to have them. Breast cancer recovery is a long and involved process. After seeing her body undergo so many changes, implants can be comforting to a woman.

The good news is that the risks that are involved in terms of cancer recurrence appear to be minimal. These recent studies should be reassuring to female patients who are candidates for mastectomies and other disfiguring procedures.

By regaining their figures, female cancer patients are able to regain self-esteem, self-worth and confidence. For most, those benefits easily outweigh any possible complications.