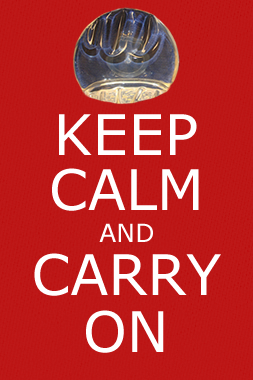 If you woke yesterday to the breaking news that the PIP implants controversy had taken yet another turn, you would be forgiven for feeling somewhat confused.

The debate over PIP (Poly Implant Prothese) Implant safety is not new. The Aurora Clinics Blog reported back in April on the issues surrounding PIP implant safety .

In November, surgical Director and Consultant Surgeon Mr Adrian Richards took to the media to join the debate about PIP validity. And as this latest wave broke, Aurora have been right at the forefront, reassuring our patients that we have never used PIP implants for Aurora Clinics breast surgery.

But what is actually going on? First there was talk of ‘exploding implants’ but cosmetic surgeon boards BAAPS and BAPRAS took steps to reassure patients that the chances of this were slim.

Next came more alarming claims of cancer linked to the French implant brand and leaking silicone (PIPs are supposedly made using sub-standard industrial level silicone meant for mattresses and capable of causing a host of nasty health problems if leaked into the system).

There is now a seeming clash of countries and cultures. The UK health watchdog (the MHRA) has moved to reassure women that there is ‘no need to panic’ and PIP implants should not be removed without actual signs of problems. Furthermore, they say there is no ‘firm evidence of a link to cancer’.

On the other hand, the French seem to be more actively supporting the cancer claims with the French authorities hotly anticipated to fund the removal of PIP implants amongst French women.

Just How Concerned Should You Be?

It is unsurprising that so many women are feeling unsettled. The words ‘exploding’, ‘cancer’ and ‘breast implants’ all in the same sentence are not something that any lady wants to hear after having breast surgery.

As Aurora Patient Co-ordinator Sarah Benger points out, “There are just too many ifs and buts at the moment: talks of cancer are scaring people”.

Aurora Clinics understands that it is difficult to ‘not panic’ when the advice of one country seems to contrast sharply with your own. But keep in mind the fact that different countries choose to err on the side of caution in different ways: there are already packs of Cosmetic Surgery Insurance brokers trying to urge PIP patients to make claims regarding their implants – often urging perfectly healthy women to imagine symptoms in pursuit of compensation.

The French authorities may be feeling the pressure of a compensation culture even more as the implicated manufacturers actually were French.

The good news for patients of Aurora Clinics is that we have never used PIP implants here, so this should straight away set your mind at rest. Nonetheless, for the many women who have had breast implants elsewhere and are now concerned about their situation, we can offer some general advice:

PIP implants were withdrawn by the MHRA in 2010, mainly due to concerns over their validity and leakages (the shells were considered more fragile than those used in more modern makes of implant). The company has now gone into liquidation, so there is no danger of women in future having surgery with these types of implants.