Maradona and the art of the male Facelift 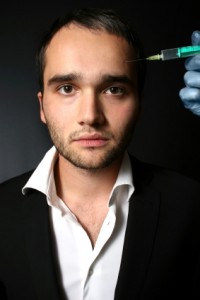 Aurora is now part of The Private Clinic, a nationwide group of clinics with over 35 years of experience specialising in Cosmetic Surgery and Skin and a Trust Pilot 5 star rating. For comprehensive information, before and after photos and costs on Facelift procedures click here

He’s already got the Hand of God, and now he’s (allegedly) bought the face to match.

As he’s wearing a baseball cap in the photos, it’s annoyingly hard to tell if the rumours are true. But we thought the story was a good excuse to talk about something we don’t discuss very often – male facelift.

How popular is male facelift surgery?

While it’s true that lots more women than men have facelifts, the figures have been rising steadily for men every year. The number of UK men choosing to refresh their looks with help from the plastic surgeon rose by a whopping 89% between 2008 and 2013.

Is the surgery different for men?

The main difference between male and female facelift is in the areas the surgeon focuses on. Men and women have different facial anatomy, so the surgeon’s approach takes this into account.

With women, facelift can be used to rejuvenate the whole face, including the brow. High, arched eyebrows are a characteristic of the youthful female face, so lifting the brow has a feminising effect. This makes it suitable for women, but definitely to be avoided for men.

Instead, the focus with a male facelift is on the mid to lower face. As men age, one of the most noticeable effects is on the jaw and neck. A strong, masculine jawline can become less defined over time as fatty deposits settle under the chin, and neck skin becomes loose. A male facelift seeks to tighten up the neck, jaw and jowls.

Men are literally thicker skinned than women (insert your own joke here). To support this denser skin, as well as their thicker facial hair, they have a richer blood supply to the face. This adds a bit more complexity to the surgery, and means a male facelift tends to take longer.

Another extra consideration with men is the incision. Men tend to wear their hair short, so have less opportunity to hide any scarring with their hair.  In addition, if incisions were placed in the same site as a woman’s – in the curve of the ear – it would leave a man needing to shave inside his ear because of the repositioned hair-bearing skin!

So on a man, the incision is positioned slightly further forward. And because it’s in a slightly more exposed area of the face, it requires extra care when closing it up after surgery, which adds a little more time to the surgery too.

Overall, though there are differences between the male and female facelift, the principle and techniques are broadly the same. If you’re a man thinking about surgery, first and foremost you want to find a suitably qualified and experienced facelift surgeon.

The more facelifts a surgeon has performed, the more male facelifts they’re likely to have performed. But to be sure, remember to ask specifically how many male patients they have treated, and ask to see male before and after photos to make sure they can achieve the kind of results you’re looking for.

Aurora Clinics are a UK based plastic surgery group with a nationwide network of clinics. We have a highly qualified team of expert BAAPS registered plastic surgeons, including several specialist facelift surgeons. For more information on male facelift, or to book a consultation with a surgeon, contact us on 01324 578290 or email mailto:info@aurora-clinics.co.uk.