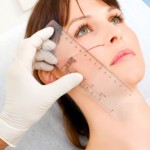 An American Plastic Surgery clinic’s office manager has been charged with practising medicine without a proper licence.

Christine Patterson, sister of one of the clinic’s surgeons, assumed the role of aftercare provider that should instead have been taken by a qualified professional.

The patient at the receiving end of the illegal treatment had undergone a mini facelift by Dr Alberico Sessa on April 2013, 2011. She returned to the clinic the following day to have her face checked over. According to the affidavit’s records Dr Sessa was out away from the clinic that day, and Patterson instead removed the patient’s bandages, checked the face and then re-bandaged it.

The day after that the patient reportedly suffered from swelling of the face that grew to the size of a pumpkin, according to the affidavit. Dr Sessa was out of the clinic on this day too so his sister, Ms Patterson, contacted him by phone to explain the problem and then diagnosed the patient as suffering from a haematoma (a localised collection of blood outside the blood vessels, usually as liquid form within soft tissue).

She then proceeded, despite not being medically qualified, to treat the patient. This involved inserting a drain to the back of her ear and removing the excess liquid that way. No pain relief was offered to the patient.

Dr Sessa insists he has no recollection of being away from the clinic that day and that he sees all of his plastic surgery patients following surgery. Patterson’s own response to the charge was that she had seen the procedure done plenty of times. She is currently serving bail and has been prohibited from speaking to any of the clinic’s other patients.