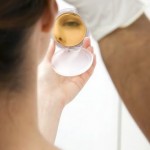 American network ABC is due to screen a show based on revealing extreme cases of plastic surgery.

The first subjects they introduce include Justin Jedlica, a plastic surgery enthusiast who has spent over $100,000 dollars on achieving his dream body and face, and breast enhancement fan Lacey Wildd.

Jedlica’s first operation was a rhinoplasty (or ‘nose job’) ten years ago whilst he was in his twenties. He has since had multiple operations on both his body and his face. With four more nose jobs and other procedures on his face he now claims that it is close to how he wants it to look.

Operations to his body have included tricep, bicep and pectoral silicone implants to help sculpt his shape. He relies on the procedures as he finds going to the gym dull and sees implants as a quicker solution.

Meanwhile Lacey Wildd, a 44-year-old mother of six and a glamour model, chose to have multiple operations for the sake of her career and to provide a stable financial situation for her children.

Struggling as a single parent whilst working as a waitress, Wildd, whose real name is Paula Simmonds, decided that breast enlargement was a way in to a profession that would earn her more money.

Since making that decision she has gone on to have lip enhancements, all over body liposuction four times, two tummy tucks and buttock implants. She has also undergone 11 more operations on her breasts, increasing them to an L-cup and making them the seventh largest recorded size in the world.

Aurora Clinics are an expert group of plastic surgeons offering a wide range of procedures for both the face and body. For information on any of our surgical procedures, call our team on 01324 578290 or email mailto:info@aurora-clinics.co.uk.