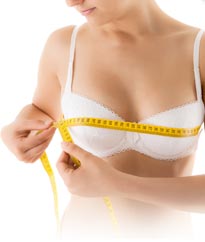 Americans are increasingly travelling abroad for cosmetic treatments it would seem, due to lower costs for procedures combined with relatively cheap airfares, making plastic surgery abroad a cheaper alternative than staying at home for it.

A research paper led by American Society of Plastic Surgeons (ASPS) Dr Kevin C. Chung, alongside Lauren E. Franzblau of the University of Michigan looks in to the reasons for this and what it means  both for the patient and the industry.

Although they haven’t published specific numbers, findings reveal that the volume of people travelling abroad to places like India and Mexico is increasing rapidly. Other popular destinations for so-called medical tourism include South Africa, Thailand, Dubai and Singapore.

The reason for this is simple – pure economics. The cost of breast implants in the States is approximately $6000, whereas in India the same procedure costs around $2,200. The flight is less than the amount saved, thereby saving patients potentially thousands of pounds.

Although it may make sense from an economic point of view, the paper raises questions about the safety and legal protection of such a decision. Patients may be promised safe and regulated conditions, however once in a legal and medical framework outside their own, in a different country, there is not necessarily any guarantee of this.

The research paper also aims to undercover the economic impact that cosmetic surgery tourism will have on the industry within the States, as increasing numbers travelling abroad for surgery will mean decreasing numbers having surgery there.

Aurora Clinics are a UK based independent plastic surgery group with clinics nationwide. Click here to see the range of surgical procedures and non-surgical treatments we offer.