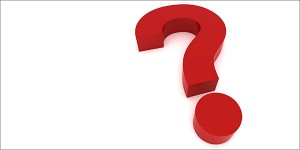 I am writing to ask if you can provide a second opinion with regard to surgery which has been carried out by a cosmetic clinic based in Harley Street?

I recently had a face lift but have since noticed that I still have jowls and one side is significantly heavier than the other. Loose skin is also prevalent under my chin and I have bad scarring behind the ears.

The surgeon who carried out this procedure has since inserted a thread under my skin to improve the jowls. This involved making another incision around my ear to tighten the heaviest one but instead of streamlining its prominence, this side has become even looser.

I have also been told that I may need to endure further correction work to the scarring behind my ears. As a result, I have lost all trust in this surgeon and have been trying to obtain photographic evidence and information which is recorded in my file.

However, this documentation has been refused and the company will not even provide photographs that were taken after corrective surgery.

However, they do admit that my face is asymmetrically uneven and that I have a jowl which is heavier on one side. As a result, I would very much like a second opinion and perhaps a written report which outlines the mistakes that have been made.

Could you provide this information as I know that some surgeons do not want to become involved in potential legal cases? I should also point out that this surgeon has not offered any form of aftercare and has left me feeling very insecure and concerned about my predicament. I do hope that you can help.

Thank you very much for your enquiry. We are very sorry that you are unhappy with the appearance of your face following your previous face lift. We are happy to give a second opinion with regard to the best way forward for you.

If you ring us on 01324 578290 or email us at mailto:info@aurora-clinics.co.uk we will schedule a convenient time to carry out a consultation.