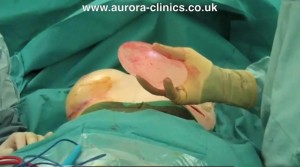 On 15 May 2014, the European Commission and the Scientific Committee on Emerging and Newly Identified Health Risks (SCENIHR) published their final opinion on the safety of Poly Implant Prothèse (PIP) silicone breast implants.

The report is an update of their earlier Opinion issued in 2012, taking into account new evidence that has become available since.

The committee concluded that PIP implants had significantly higher rupture rates than breast implants by other manufacturers, and that ruptures tended to occur earlier in the life of PIP implants than other implants.

However, they could not find evidence associating any increased health risk resulting from exposure to the silicone gel emanating from ruptured PIPs.

While several chemicals known as ‘cyclic siloxanes’ were found at higher concentrations in PIP implants than in other silicone breast implants, these chemicals have been found to be non-toxic and non-irritant in standard tests.

The chemicals are also commonly found in the bodies of women without breast implants, owing to their frequent use in domestic products.

This meant the committee were unable to link the increased presence of cyclic siloxanes in ruptured PIP implants with an increased health risk – despite a significant number of anecdotal reports of flu-like symptoms as well as inflammation, both localised and in the lymph nodes, among women with PIPs.

As a precautionary measure, SCENIHR did conclude that explantation would be advised in the case of ruptured PIP implants.

However, where PIPs were still intact, they say there is no convincing toxological or medical data to justify removing them – though any final decision about removal “should be based on an individual assessment of the woman’s condition by her surgeon or other treating physician after consultation”.

It is estimated that about 400,000 women worldwide have received PIP implants since they were first produced in 2001.

Our Surgeons have removed or replaced PIP implants for hundreds of women to date. If you have, or believe you have, PIP implants and would like to speak to us about removing or replacing them, please contact our team on 01324 578290 or email mailto:info@aurora-clinics.co.uk