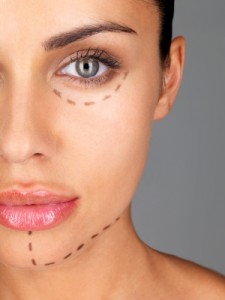 British photographer Phillip Toledano has published a book, A New Kind of Beauty, which explores extreme body modification and questions whether it represents humankind at the precipice of some kind of evolutionary change.

Though the subjects display evidence of plastic surgery that could be labelled extreme, Toledano’s intention is not to incite ridicule. Instead, he posits that those who choose to modify themselves in this way are actually spearheading change.

He believes that in 50 to 100 years’ time humankind will have seen a seismic shift in the way that it looks, which he attributes to the advances in technology. Referring to the book’s title he believes those who alter their looks in this current age are laying the imprint for future trends, even evolutionary ones. Talking to American magazine Slate he muses: 

“Perhaps we are creating a new kind of beauty. An amalgam of surgery, art and pop culture?”

And though he doesnt want to provoke controversy or criticism of his subjects he does allow for conflicting opinions caused by his narrative, even questioning it himself: 

“When we remake ourselves are we revealing our true character or are we stripping away our true identity?”

By dealing with surgically-enhanced individuals in a sensitive light he is hoping to spark non-judgemental discourse on what it is to look human and what this will come to be in the future. Are his heavily modified subjects a preview of what we are to become en masse? Only time will tell.