Back to school boob job? The rise of teenage plastic surgery 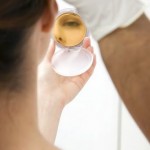 Aurora is now part of The Private Clinic, a nationwide group of clinics with over 35 years of experience specialising in Cosmetic Surgery and Skin and a Trust Pilot 5 star rating. For comprehensive information, before and after photos and costs on our range of procedures click here

We all had them at school. Those classmates who ‘blossomed’ out of nowhere over the long summer break. Teenagers develop quickly, so six weeks of adolescence is plenty enough time to go from average to Adonis.

But even so. Those of us who grew up last century won’t have experienced the phenomenon quite so dramatically as todays teenagers.

A significant – and growing – number of bewildered pupils will soon be heading back to class to find their schoolmates now have completely different features. Because increasingly, teenagers are using their six weeks of freedom not to find themselves at festivals, but to change themselves at plastic surgery clinics.

How times have changed.

But is teenage plastic surgery a good thing, a bad thing – or just a thing? A pragmatic way to nip insecurities in the bud before they get out of hand? Or a new low for a narcissistic culture with unrealistic beauty standards?

And if youre a parent, would you let your teenager go under the knife?

According to the American Society of Plastic Surgeons (ASPS), almost 64,000 teenagers had cosmetic surgery in 2013. Unsurprisingly, most of those procedures happened during the summer holidays – giving students ample time to heal before unveiling their new look at school or college.

But why has teenage plastic surgery got so popular? There’s a couple of reasons, according to Scot Glasberg MD, the president of ASPS.

First, there’s the prevalence of photo-sharing on social networks. Opening up their Facebook/Twitter/Instagram profiles to find a parade of carefully posed, often edited selfies is making teens ever more aspirational when it comes to their looks.

As Dr Glasberg puts it, Social media is affecting it tremendously, especially among the younger crowd, because they see the way other people look and they think, How do I get that, too?

But celebrity culture is playing a role too – especially those celebs who go public about having cosmetic procedures.

If a star with a big teenage following admits to having work done, it’s a no-brainer that some young people will want to emulate them. Kylie Jenner recently admitted to having lip fillers, and caused an overnight stampede in UK enquiries for the procedure.

In Kylie’s case, her treatment was non-surgical. But with other influential celebrities like Iggy Azalea admitting to nose surgery and breast implants, it’s easy to see how that might stir up interest, and destigmatise plastic surgery, in the minds of her young fans.

So when is teenage plastic surgery justified?

It’s a tricky one. While some cosmetic procedures are an obvious no-no for teenagers (facelift, liposuction), others are considered suitable for younger patients by some surgeons, under certain circumstances.

Breast reduction, for example. If a teenage girl is suffering back pain, and feeling self-conscious to the point where it’s stopping her doing things she wants to do, it’s a serious quality of life issue.

And unlike other cases where features or body parts may continue developing in a way that makes surgery unnecessary (small breasts can keep growing until age 22, for example), large breasts are unlikely to get smaller naturally. So some surgeons will consider a girl in this situation a suitable candidate for surgery. Even if she’s a minor.

Likewise, ears are often pinned back on teenagers and even young children, as they’re unlikely to resolve themselves naturally. In this case, surgery is minimally invasive and carried out under local anaesthetic.

A surgeon’s decision to operate or not is a weighing-up act – possible risks vs potential benefits – with other mitigating factors taken into account. Is there a chance the problem will resolve naturally? Might the patient change their mind down the line? Could results be compromised by the patient’s still-growing body?

At our own clinics, we decided on an across-the-board policy to only operate on patients of 18 and over. It avoids ambiguity, our patients know where they stand, and we have a fixed line in the sand. While that means we may be operating on some 18 and 19-year-old patients, which technically counts as ‘teenage plastic surgery’, the reality is very different to what the loaded term conjures up.

Careful judgement is needed when dealing with younger patients – even those over the age of 18. If a patient’s seeking surgery for the wrong reasons, whether that’s because their body or facial features are still developing, they’re looking to impress somebody else, or their aims are unrealistic, ethics dictate that they’re not suitable for surgery. And any reputable surgeon will turn them away.

Dr Glasberg sums it up perfectly:

It should be, I want to feel better about myself, not My boyfriend wants me to’. I have multiple conversations with all my patients before operating, and when the patient is a teenager, I sometimes have separate conversations with the parents. Teenagers have evolving personalities and are often unsure of themselves, so I want to be absolutely sure they know what they are doing.

What do you think about teenage plastic surgery? We’d love to hear your thoughts. Let us know in the comment box below, or head over to our Facebook page. If you’d like information or advice on surgery, or would like to book a consultation with a surgeon, call us on 01324 578290 or email mailto:info@aurora-clinics.co.uk.