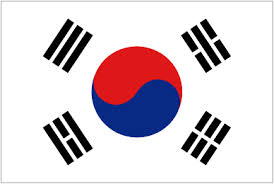 Like much of the rest of the world South Korea is facing a rising social welfare bill amidst a difficult economy, due to the global recession.

As a result new sources of revenue are being sought by the government and one area that has been ring-fenced is the cosmetic surgery industry.

The cosmetic industry has ballooned in the last decade or so in South Korea and so it is a potentially vast source of income – around one in five women have undertaken at least one cosmetic procedure.

Up until now only 5 of the top surgeries were taxable. These included nose jobs, facelifts, breast augmentation, double eyelid surgery and liposuction. In these new finance laws however all cosmetic procedures will be subject to a 10% levy.

The Finance Minister, Hyun Oh-Seok, said in a statement, “Our taxes on medical treatments for cosmetic purposes are revised in line with global standards”, stating that it was bringing South Korea more in line with other nations that tax all aesthetic medical procedures.

He added, “The new tax revenues will be used to offer more welfare support for people who need help.”

Part of South Korean President Park Geun-Hye’s promises when he first came in to office in February of this year were to offer new welfare support programmes for the poor and the elderly.

In addition to sourcing revenue from medical treatments, priests and ministers will also be subject to a new tax. Previously exempt from income tax they will now be subject to a 4% tax on all income.

These new taxes are expected to raise an extra £1.45 billion for the economy over the next five years.

Aurora Clinics are an expert group of surgeons offering a wide range of cosmetic and plastic surgery procedures. For information on any of our procedures, please give our team of advisors a call on 01324 578290 or email mailto:info@aurora-clinics.co.uk.