The media last week was full of news about celebs taking a stance against Cosmetic Surgery.

Kate Winslet in particular was cited in various high-profile UK publications (including The Telegraph and Marie Claire) as being against interfering with natural beauty – to such an extreme that she is forming what Marie Claire lauded an  “Anti-Cosmetic Surgery League”.

In truth, Winslet’s words may well have been blown out of proportion in a typical media frenzy. Her supposed League of British Anti-Cosmetic-Surgery Crusaders currently consists only of her close actress friends Rachel Weisz and Emma Thompson.

Yet her message to fans is clear: she feels the pressure to look eternally youthful is both unnecessary and unnatural. As The Telegraph’s Richard Eden reported, Kate Winslet has adamantly declared that she will never give in to Hollywood pressure to undergo cosmetic surgery:

“It goes against my morals, the way that my parents brought me up and what I consider to be natural beauty,” says the 35-year-old star of Titanic. ”I will never give in.”

Winslet, who is the daughter of jobbing actors from Berkshire, adds: ”I am an actress, I don’t want to freeze the expression of my face.”

There are a few very interesting points arising from this debate before you make up your mind regarding which side of the Celebrity Fence you will sit on. The first is a less-than-obvious paradox. 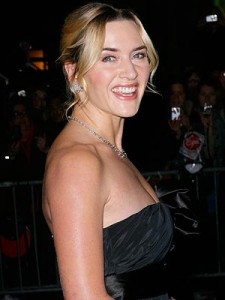 Secondly, Kate Winslet talks of freezing her facial expression; something she couldn’t possibly consider, she feels, as an actress.

This is a common myth about Botulinum Toxin treatment (often known as Botox although this is actually just a name for one brand of the wrinkle-reducing product).

If you have wrinkle-reducing treatments performed at a reputable clinic, by an expert practitioner then consultation will form a key part of the process. A treatment plan and schedule will be drawn up for you, ensuring that only the minimum amount of product necessary to achieve wrinkle smoothing results is injected.

If this amount is correctly worked out and given at well spaced out intervals, you will not experience a frozen or blank facial expression. This is only a side effect of too much product or overly frequent injection which no expert Practitioner will allow you to have anyway.

In conclusion: there is obvious value in Kate Winslet & Co’s reassurance for women that you can grow old gracefully. It is also good that some members of celebrity, at least, acknowledge their role and responsibility for creating a public image to both aspire and ‘live up to’.

However, creating a media frenzy to turn against Cosmetic Surgery is not helpful without looking at the facts from both sides…for numerous people, cosmetic surgery procedures and non-surgical anti-wrinkle injections provide confidence and the chance to feel more beautiful. Who else has the right to judge that?

For more opinions and advice about all things Cosmetic Surgery, become a fan of Aurora Clinics on Facebook or check out our website.