If you are considering a major change to your body, whether it be a piercing, tattoo or considering surgery this is the programme for you to watch before making any drastic decisions. Back for a third series, Channel 4’s body modification programme Bodyshockers, is making its debut this week, starring two of Aurora’s Plastic Surgeons throughout the series. 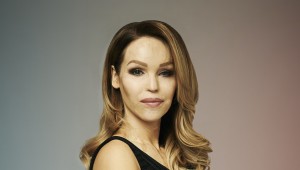 Presented by Katie Piper, Bodyshockers is an 8 week series full of stories of people looking into changing their appearance, (whether it be a new trend such as face gouging or ear punching, undertaking drastic surgery or in-your-face tattoos,) and those that are looking at reversing their body modifications. Katie meets these people to make sure that they understand the full implications of what they are about to undertake and gets them to chat to those that have already had similar procedures, and regretted it. Viewers will be able to watch and see why they want to make the changes in the first place, and what is making them want to reverse them. We follow them on their journey to gaining back their confidence.

In the first episode, we see Mr Adrian Richards performing an operation on Poppy, who stretched one of her ears  to the point of no return, and later in the series, we see Mr William Van Niekerk perform breast implant replacement and uplift surgery on patient Katie.

See the results of Katie’s surgery

To see Katie’s implant exchange with Mr William Van Niekerk, tune in on Wednesday 17th February at 10pm on Channel 4. In the meantime, you can read Katie’s story of her surgical journey here.

See the results of Poppy’s surgery

To see the before and after results of Poppy’s tribal ear surgery, don’t forget to tune into Bodyshockers on Wednesday 6th January at 10pm on Channel 4- also available in HD.